Apply For This Program 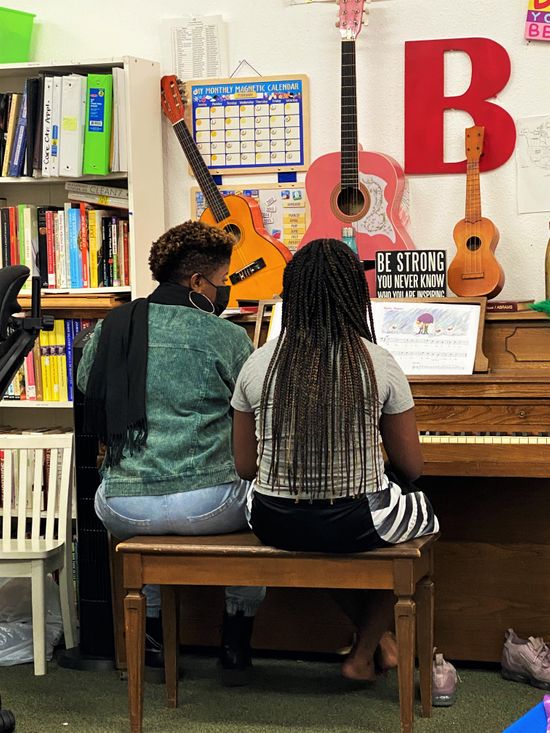 Music plays such an important role in the development of a child's brain that we felt compelled to add it to our program at The Knowledge Shop following our partnership with USC this summer in 2021. Every Sunday from 1pm - 7pm The Knowledge Shop host’s the Sound of Music. Our piano donated by Dr Assal Habib, Assistant Professor at University of Southern California, is played by the tiny hands of our students. Classes take place for either one hour or 30 minutes. That decision is made by parents and children. We provide the music books too. The cost is $50 for one hour or $25 for 30 minutes. Miss Kenedea taught this year's Summer Camp Music Program and is a member of our community.

ABOUT OUR INSTRUCTOR; LEE MO

“There are notes between notes, you know…” -Sarah Vaughn

Lee Mo resides in a place where the notes are sweet and buttery like fresh corn prepared by the hand of a loving grandmother. And then the richness of her voice levitates within that place to a dark, strong coffee waking the senses of her captive audiences.

Die hard jazz fans and casual rhythm & blues lovers alike have noticed the shining star that is Shelia Moser, better known in music circles as Lee Mo. A defining moment of her young career was when Jazz/R&B icon Anita Baker got wind of her talent and reached her by way of social media.

“Oh the places the music will take you. Enjoy young’un...ENJOY!” -Anita Baker (Twitter)

Her reputation was built on stages in her hometown of Baltimore as well as her second home in Philadelphia where she graduated from Temple University with a degree in Vocal Jazz Performance in 2014. Aside from studying and excelling at her craft in academic circles, she has sharpened her vocal tools for more than a decade on small and large stages alike. Depending on when you slide into an audience you may be treated to gospel, soul, jazz or a combination of the three. The building blocks of Lee Mo’s repertoire began as a fourth grader in Maryland, where she wrote and composed songs all the while aspiring to rise to the vocal standards of Yolanda Adams, Kim Burrell, Ella Fitzgerald, and Whitney Houston. In high school she improved on her arsenal by also playing the trumpet, falling deeper in love with jazz. The gifted singer’s jazzy and soulful sounds define the live music scene in Philadelphia where she has graced stages in more than a dozen venues. As an undergraduate student she met Christopher Stevens of ‘Vertical Current’, who gave her the opportunity to be the band’s featured vocalist. During that era she opened for such noted acts as Eric Roberson, Frank McComb, and The Robert Glasper Experiment to name a few.

Lee Mo’s talents have also taken her overseas where she has performed alongside an assembly of other stellar singers who aspire to top the charts in the near future. In 2016 she released her first single ‘Don’t Have a Reason’ which received both critical acclaim and support from her followers on social media platforms. Despite the recent challenges that have been presented to live music performers worldwide, Lee Mo continues to create as she polishes off her gift for the world to appreciate. 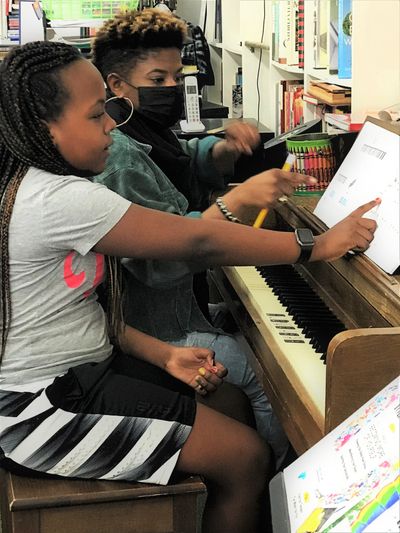 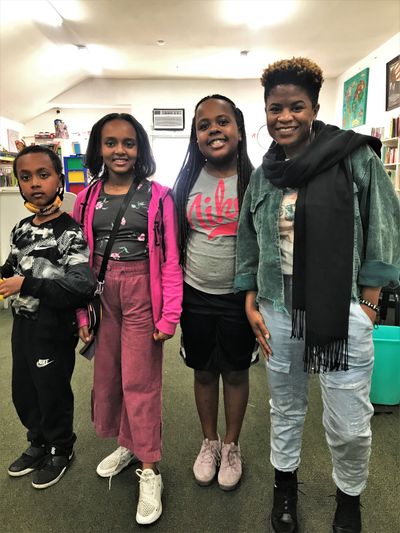