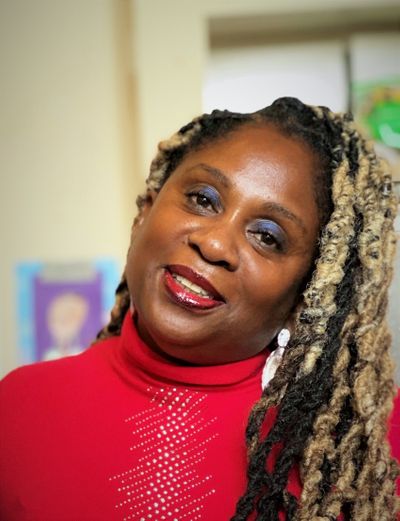 She began her career in her home of London, England in 1980’s where she worked for J Sainsbury’s, one of the country's leading retail companies where she was Director of Development and Human Resources Director for Customized Programs for 10 years, the youngest in the history of the company and the first Black woman in the company in that position. Whilst there, she won one of the first National Training Awards in 1989 presented to her by the then Prime Minister Margaret Thatcher!

Headhunted in 1990 to Deputy CEO to the Docklands Development Agency where she created customized programs for the community and developed private and public partnerships. She raised over 1 million pounds for work for minorities and women and was seconded to Project Fullemploy, a nonprofit organization who specialized in employment and management opportunities.

In 1995 she was sent by the British Government to research why African Americans were more successful than Caribbean’s in employment and small business in the US. Her research led to the establishment of Global Graduates and Global Graduates Training, a leading organization on developing school children to undergraduates. The organization trained over 10,000 students through their various programs and worked with over 20,000 families and a100 schools. Her work led her to be named Black Woman Business Owner of the year.

In 2006 a controversial documentary was made about her work named “Don’t Mess with Miss Beckles” on the BBC 2. 2.5 million viewers watched her show. The most watched show for an unknown that year!. The show was picked up in the USA as they wanted to produce an American version.

She arrived in Los Angeles, California 2007 and entered the public education LAUSD and a dream of TV was out on hold whilst she focused on her parent activism for the 1 million and more Title I parents in LAUSD. She became School Site Council Chairperson for both her children’s school, CEAC Chairperson at the school site, local district and Vice Chair of the DAC. Gifted and Talented parent expert and a member of the Black Parent Union. In 2011 she

was the recipient of the Dr Theodore Alexander Award for the commitment to Parental Involvement in her work globally.

In 2012 she was one of three parent activist’s who formed the California Title I Parent Union their work led them to be supported by California Teacher Association and United Teachers of LA they traveled all over the state of California supporting parents with their advocacy work in schools and with school boards.

In 2017 she was a member of the Parent Advisory Council on the LCAP and concerned with the underachievement of African American and Black Children as the lowest performing student in the state of California especially in Math.

In 2015 she launched The Knowledge Shop in South Los Angeles. This is STREAM Science, Technology, Reading, Engineering, Arts and Math Enrichment Center for families and children.

The Knowledge Shop launched its Early Childhood Math model before the pandemic began in 2020 and initially had 15 students that have attended those classes.

Her new project for 2021 was to be invited on to the Board of Trustees for The Memorial Crane Project. Our mission is to commemorate the lives lost to COVID-19 and to acknowledge the devastating impact this pandemic has had on our individual lives and our shared humanity.

In 2022 she will lead the National Association of African American Parents and Youth (NAAAPY) a non profit dedicated to the educational, social, emotional and spiritual well being of the Black community.

She is a mother of 5 children of which four of them attended LAUSD schools. We now have our first Grandchild who is attending the Early Childhood Math classes at the Knowledge Shop. She is 3 years old.